What Day Is Mother’s Day in the United Kingdom and How Is It Celebrated in Other Countries? 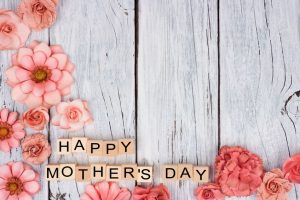 Mothering Sunday, which is dedicated to all of the mums, is a day for honouring the bond that you and your mum share, and to show her how much you love her. It is also a great way to be thankful and show gratitude to all of the amazing women who are part of your life.

However, given that there is a lot more to the day than simply buying your mum expensive presents to express your love for her, the following is everything that you need to know about Mother’s Day history.

The traditional name of Mothering Sunday refers to the fourth Sunday during Lent – which is three weeks prior to Easter. It is mainly celebrated by Christians in Europe and is a day for showing mums with presents such as a sterling silver cup.

Its modern name is Mother’s Day – and is the most common name used now for this special day, but it has the same premise.

Why is Mother’s Day celebrated?

During the 16th century, there was a practice of returning to your ‘mother church- ‘ which was the main church in a diocese or parish – to attend a service held on the fourth Sunday during Lent, and this became for the basis for what become known as Mothering Sunday.

This was also a day where servants were given the day off so that they could visit their families and their mother church, and there was a tradition where flowers were collected on the way home and given as presents to parents or displayed in the church.

The religious aspects of this day, over time, were overtaken by gift gifting. This celebration fell out of favor by the 1920s. Efforts made in the United States and all of the commercialization that took place during the 1950s, saw a resurgence for Mothering Sunday.

How is the day celebrated in other countries?

There are mothers all over the world, of course, and there are also variations on the theme of Mother’s Day.

In France, Mother’s Day is similar to how it is in the U.S. but this tradition didn’t start until the 1950s. Before that, there were a couple of different days that were used for recognizing who gave birth to any children following World War I to help restore the population of the country. (There were even medals given!) The French government following World War II declared the final Sunday in May to be Mother’s Day unless there was a conflict with the Pentecost. In those situations, Mother’s Day was observed on the first Sunday in June. No matter which day it was celebrated, a flower-shaped cake was a traditional gift that was given.

In Japan, Mother’s Day started to gain popularity following World War II. It is celebrated now on the second Sunday in May. Some common gifts include pink or red carnations since they symbolize purity and sweetness. Children frequently draw pictures of their moms and give them to their mothers along with preparing dishes that they have learned from their mothers.

Mother’s Day in Sweden is celebrated on the final Sunday in May. It is similar to the U.S. version and includes things like homemade cards and breakfast in bed. One difference is the Red Cross in Sweden collects money through selling plastic flowers. The money from the sales goes to children and mothers in need.

In Mexico, Mother’s Day is a very serious business. It is a fixed day that is always celebrated on May 10 – and basically, the entire country is shut down, with the exception of the restaurants. Lunches on Mother’s Day can last for as long as five hours, and an extra 200,000 waiters are put to work for the holiday.

In Mexico, a mother is a true institution, and Mexicans love to party. Since traditionally the mother is the one who works for everyone, cleaning and cooking for the family, Mexicans think that one day at least in the year that she should be taken out so that someone else can do the cooking.